Should I use display networks?

One of the ways Google makes its money is by allowing you to advertise your company on the results page of a search. Your ad appears when a visitor types something that's relevant to you - cool, works for Google, works for you.

They also use a lesser known technique called Display Networks.

Display Networks allows website publishers (owners) to make money by displaying your Google ad on their website and raking off a proportion of the income - your money if you advertise on Google. If you don't manage where your ads appear then Google will do it for you.

In Search advertising there is a relationship between the search terms or keywords you chose to display your ad - essentially the more you bid, the higher up your ad appears. Google employs a clever formula called a Quality Score which compares your keywords to your landing page to ensure that, even though you are paying a decent bid rate, they would mark you down if the keywords you used were not relevant to your website.

In Display Networks this is not the case.

In an unmanaged campaign, your ad can appear just about anywhere - specifically on websites that have absolutely nothing to do with your product or service. Worse, you have no control over the number of clicks that are made on your ad.

A few years ago, a customer of mine set up a campaign to market services on a very niche mobile phone. He set it up using both conventional Google Search as well as Display Advertising. The end result of the campaign was a real shock.

My client lost over £2,000 on a campaign which made him no sales and, worse, made criminals a lot of money for nothing; just clicking on ads.

Google refused to refund the loss.
‍
I advise everyone who is considering using Google Ads and, specifically Display Networks, to:

Although Google has developed a number of good anti-click fraud systems, as well as manual checks, the are not infallible and the fact that they refuse to investigate claims of malpractice reported to them more than 60 days after the theft is discovered means that the onus is on the advertiser to check the legitimacy of the campaign. You need to tell Google straight away if you are at all suspicious and they may give you your stolen money back.

Finally, and this is important, Google Ads is a great way of advertising your business, but it is my belief that there is substantial criminal fraud occurring throughout the Display Networks system. I am no detective but the small amount of evidence I have seen indicates that this is a very serious problem for Google's customers.

The real issue here is that there is a conflict of interest. Google benefits hugely from this fraud; their customers' money is shared between the fraudsters and Google and, with some estimates putting the fraud as being responsible for up to 30% of campaign spend, the amount of money runs into billions of dollars.

I will go far as saying that Google's Display Network should be formally investigated in any country in which the company operates. Relying on the company itself to reduce an activity which it patently benefits from is nonsensical.

My advice: be very careful using Display Networks full stop. I am recommending that all my customers stop using this form of advertising until Google cleans up its act. 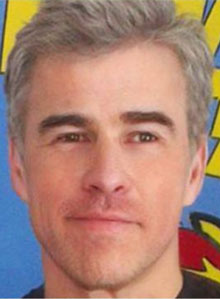 Should I use display networks?